Our spine is made up of bones and discs in between. The task of the spine is to protect the spinal cord and the nerve roots coming out of the spinal cord, to keep the body in an upright position and to allow movement. The discs located between the bones called vertebrae consist of two main structures: There is a more fluid area called the ‘nucleus’ in the middle and is important in carrying the load. Around the nucleus, there is a second structure called the ‘anulus’, which ensures the integrity of the discs. The annulus consists of fibers and surrounds the nucleus, locking it where it should be. The formation of a tear in this annulus structure and the protrusion of the nucleus content is called Neck Hernia.

The neck region consists of 7 vertebrae. This is the most active region of the entire spine. Therefore, it is an area where injuries are common. The most important task of the spine is to protect the spinal cord and the nerve roots passing through it. All nerves to the neck and arms emerge from between these vertebrae. This is the reason why the complaints are felt more often in the arms when these nerves are under pressure for some reason.

Neck hernia is usually due to trauma at a young age. It is not accompanied by bone changes and is mostly at one level. But, neck hernias due to aging are also accompanied by changes due to calcification in the vertebrae, and hernias are usually seen at more than one level. Thus, treatment in young and old age shows some differences.

Sudden neck movements are the most important cause of neck hernia. Exposing the neck vertebrae to abnormal loads due to traffic accidents, falling from a height, and direct impact causes the annulus structure that holds the disc contents together to rupture and the protruding disc herniation puts pressure on the nerves. Positional habits also create a tendency for neck hernias. For example, keeping the head in a downward position while using a phone, tablet or computer can cause the neck discs to wear out and hernias to occur over time.

Neck hernia symptoms are not only in the neck region. Pain caused by neck movements usually spreads between both scapulas(shoulder blades). In addition, symptoms such as pain, numbness, tingling, felting and numbness in the arms and hands appear. Most importantly, weakness can occur in a particular muscle group. This may manifest as the inability to make some tactful hand movements by the patient. E.g; The patient, who can write and lift loads comfortably on one side, becomes unable to do the same work with the other side.

Substantially, neck hernia can be treated conservatively, that is, without surgery. At this point, the most important deciding factor is whether there is a state of paralysis or not. If weakness has started in some muscle groups due to the pressure on the nerve, the treatment is surgical. The aim of surgical treatment is to remove this pressure as soon as possible and to prevent a further paralysis condition. However, many patients undergo surgery because they cannot stand the pain.

Conservative treatment consists mainly of medication, rest, use of neck protector and physiotherapy. Hernia is often accompanied by contraction of the cervical (trapezius) muscles. This is because the body reflexively wants to keep itself in a pain-free position. This constant state of contraction adds to the pain caused by the hernia, making the situation worse. The goal of conservative treatment is to relax and strengthen these muscles and to overcome the pain attack without any problem.

Surgical treatment, on the other hand, is performed through an incision about 2 cm in length. This operation, also known as the closed method, is performed under a microscope. The part that is the cause of the hernia is removed and the nerve under the pressure is relieved. The patient is discharged within 24 hours and it is recommended to stay away from activities that will force the neck for 3 weeks. 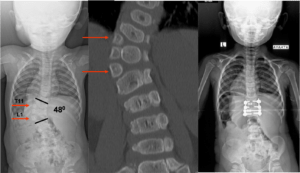 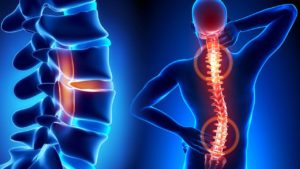 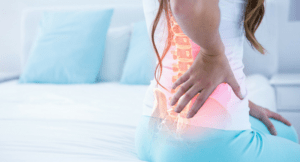 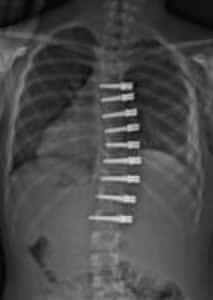