When we talk about the diseases studied under the heading of joint diseases, it is understood that the articular cartilage wears out and disappears over time due to an underlying disease or aging without any trauma. Therefore, rheumatic diseases and arthritis are the most common types of joint diseases.

Autoimmune diseases have an important place in rheumatic diseases. Autoimmune diseases are caused by disorders of the functioning of the immune system. Simply, the functioning of the immune system is as follows; all the cells in our body have markers that contain the cell’s identity information, which can be compared to vehicle license plates. When a foreign cell enters the body from the outside, our defense cells, namely our soldiers, read the license plate of this foreigner they encounter for the first time, and as soon as they realize that it is a stranger, they try to fight and eliminate this stranger. Meanwhile, some of the soldiers transmit the foreigner’s plate to the center, that is, to the bone marrow. Because our bone marrow is where our soldiers are produced, and every new born soldier now has the license plate information of this stranger. Therefore, when the same stranger re-enters, its presence is easily understood and a total war begins with all the defender cells circulating in the blood. Thus, the microbe is destroyed before it can cause disease.

This is the logic of the vaccine anyway, the aim is to introduce its plate to the system by giving a weakened microbe that is not capable of causing disease. So when the real germ appears, it will find a ready-made squad of troops waiting to fight against it.

But, in this scenario, what if our soldiers can’t recognize the license plate of our own cells? That’s when a ‘civil war’ arises. Our own defense cells begin to see and destroy the cells in our own body as enemies. This is called an autoimmune disease. For example, if our joint cells start to be considered as foreign and begin to be eliminated by the defender cells, some rheumatic diseases will occur and result in calcification. Or we can cite Type-1 Diabetes as an example; when the defender cells hit the pancreas, we can no longer produce our own insulin hormone.

Our Joints as We Age

The effects of aging on bones and joints are seen in joints throughout the body, but unlike other joints, knee joints that are under body weight throughout life are more affected by the aging process. Therefore, the condition described as osteoarthritis is mostly used for the knee joint. Osteoarthritis is the reduction or complete loss of articular cartilage due to wear. This happens more or less in everyone, but to varying degrees. We can compare this situation to wrinkling of the skin. Cartilage is smooth, shiny at a young age and does its load-bearing job properly. Over time, small scratches, cracks, in other words, wrinkles begin. Just as the aging process for every person’s skin is not the same, the aging process of cartilage is also individual, the matter about it is what we do to prevent this situation and how we deal with it after the problem occurs.

Healthy cartilage structure is possible with healthy bones. Maybe there will be cliché suggestions, but; doing sports, eating healthy, avoiding excess weight, living away from activities that may cause injury to the joints will slow down this process.

Women are at greater risk in this process, especially post-menopausal hormonal changes, predispose to poor bone quality, in other words, bone weakness. Cartilage is like the roof of a house, if the columns of the house are not strong, the roof will not be able to stand. That is why the problem of calcification is more common in women. Taking measures to protect bone health, especially after menopause, will slow down this damage process.

The first signal of joint calcification noticed by the patient is pain. If we proceed by the example of knee joint; a pain that appears with movement is felt usually on the inner side of the joint. The load-bearing capacity of the knee joint reduces, and walking distance starts to decrease, this pain is felt more especially when going up and down the stairs. There is limitation of movement, the patient begins to be unable to bend the knee or to open it fully when he tries it. During movements, sounds come from the knees. Over time, deformity in the knees becomes evident, swelling occurs in the joint, legs that should be straight when viewed from the opposite side may curve sideways, similar to the letter O, due to these changes in the joint.

Hip arthritis proceeds through a similar process. Pain that begins in the groin is most often the first symptom. As the calcification progresses, the walking distance begins to shorten. Movement restrictions become obvious. The person begins to have difficulty sitting on low places and wearing socks. In the later stages, shortness of the affected leg occurs due to the deformation of the hip joint, which causes limping. After all, the patient is forced to use a cane.

It is necessary to start the treatment of arthritis by saying: ‘There is no disease, there is a patient’. In other words, each patient should be evaluated and treated individually. It is not possible to treat all stages of arthritis with a single treatment method. Which is why, generalizing slogans should be avoided. That is; slogans such as ‘End arthritis with an injection in the knee!’ or ‘Non-surgical treatment with the miracle method!’ attract attention, yet incorrect treatment only leads to a waste of time and money. Here, the level of the disease is important. Because the gradual loss of cartilage and the emergence of disease symptoms are not something that happens all at once. This is a process that takes many years and where you are in the process determines the treatment. For example; while treatments such as physiotherapy, intra-articular injections, and regulation of daily life activities are performed in the early stages, surgical treatments come to the fore in cases of advanced disease.

Intra-articular injections are applications performed in the early stages of the disease, that is, when cartilage tissue is still present. The aim is to slow down the process and to regress the complaints. By injecting a substance that is already present in our joints, which we call hyaluronic acid, the joint’s lubricity and load-carrying capacity are tried to be increased. Recently, PRP and stem cell applications have also been on the agenda. Some growth factors, which are in our own blood and can normally provide wound healing, are injected directly into the bone, muscle and tendon tissue for the same healing purposes. Here, the following issue should be clarified; cartilage tissue is not a regenerating tissue, so once it is injured or dies, just like nerve cells, it cannot be repaired or replaced by the body. Thus, in cases of arthritis in which the cartilage is completely lost, the treatment is surgical.

The main surgical method is prosthetic surgery. With this surgery, the articular surface without cartilage is replaced with a new one. This is a fundamental surgery, it has some risks, but the comfort it provides to the patient is incredible. Pain passes, joint alignment improves. The range of motion is increased compared to before. Most importantly, walking becomes easier, painless and walking distance increases, so that the patient can participate much more in daily life. 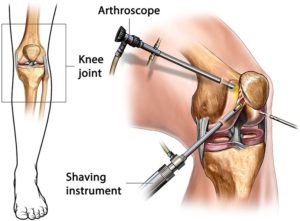 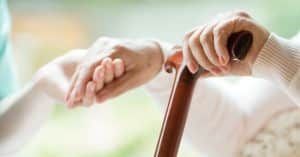 Other Treatment Methods in Hip Arthritis

Other Treatment Methods in Knee Arthritis